You are here : Home | An Upcoming Movie wih Tiong Bahru as the back drop!

This looks like an interesting drama by MediaCorp. Tiong Bahru Estate will be the backdrop in this show. Click on the image to watch the 10min screener. 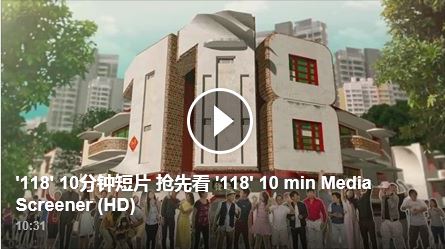 Personally invited by our music director & executive producer, 梁导 took time off filming Ah Boys To Men 3 to pen the lyrics and sing the theme song. The production team wanted someone who could represent the SG culture, for such an SG drama like ’118′!

Email details of this to your friends. Just fill up the form and click "Send".